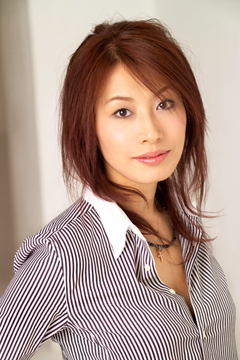 朴 璐美 Romi Park (Korean: 박로미 Bak Romi; or Paku Romi as read by Japanese due to their pronunciation of Korean word 박 Bak) is a Korean-Japanese voice atress known for her voice Full of meaning she can addapt and change to every emotion, sketch of emotion, or fake emotion of the character (Such as character Damian Heart from Beyblade Metal Fight Explosion)

Her most famous role is Edward Elric from Full Metal Alchemist

In alphabetical order of Anime she voiced in :

Ashita no Nadja as Alan

Attack on Titan as Hanji Zoë

Clannad After Story as Katsuki Shima

Devil May Cry as Elena

Digimon Frontier as Mole the Trailmon

Galaxy Angel as A (Tsuru)

Get Backers as Young Jubei Kakei

He Is My Master as Seiichirou Nakabayashi

Hellsing as The Dawn as Walter C. Dornez

Hetalia as Axis Powers as Switzerland

Murder Princess as Falis aka Alita

New Fist of the North Star as Bista/Dōha

Ninja Scroll: The Series as Tsubute

Oh My Goddess! as Sentarō Kawanishi

One Piece as Madam Sharley, Harry

Persona 4 as The Animation as Naoto Shirogane

Shion no Ou as Saito Ayumi

Tatakau Shisho as The Book of Bantorra as Hamyuts Meseta

The Law of Ueki as Kosuke Ueki

Yami to Bōshi to Hon no Tabibito as Gargantua (child)

Zaion: I Wish You Were Here as Tao

Retrieved from "https://voices.fandom.com/wiki/%EB%B0%95%EB%A1%9C%EB%AF%B8?oldid=3418"
Community content is available under CC-BY-SA unless otherwise noted.