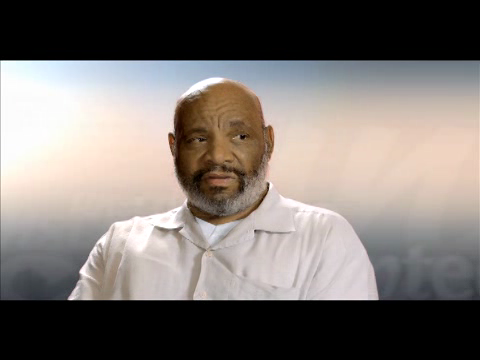 James L. Avery, Sr. (born November 27, 1948) is an American TV actor best known for his portrayal of the patriarch and attorney (later judge) Philip Banks in the TV show The Fresh Prince of Bel-Air, whom Will Smith's character affectionately called "Uncle Phil". This character was ranked #34 in TV Guide's "50 Greatest TV Dads of All Time". He also provided the voice of Shredder in the original Teenage Mutant Ninja Turtles television series, as well as War Machine in the animated series Iron Man and Spider-Man. He also played Michael Kelso's officer at the police academy late in the series run of the popular sitcom That '70s Show.

Avery was born in Atlantic City, New Jersey. He joined the United States Navy shortly after high school graduation and served in the Vietnam War from 1968 to 1969.[1] After he left the military, Avery moved to San Diego and began writing TV scripts and poetry for PBS. He won an Emmy Award for his production during his term at PBS and was awarded a scholarship to University of California, San Diego. Avery earned a Bachelor of Arts Degree in Theater and Literature at the university and graduated in 1976.[2]

An imposing figure standing at 6'5" (1.96 m) , he often plays characters in legal or high-level professional fields. In addition to his fame in sitcoms, he did voice acting for many animated series, most notably the 1987 Teenage Mutant Ninja Turtles series (as the voice of The Shredder, and credited as James Avery) and James Rhodes in the 1990s Iron Man series. He has been the primary host of Going Places, a popular travel and adventure series on PBS. He also guest starred in That '70s Show as Officer Kennedy. In 2000, he guest starred in the "Unfriendly Skies" episode of CSI as Preston Cash, a legally-blind witness to a murder who assists the CSI team with a near-flawless verbal account of what he heard onboard the flight. Avery recently played a Los Angeles County Medical Examiner, Dr. Crippen, (who has recently appeared in a wheelchair), on the TNT series The Closer. In 2004, he guest starred on the television series That's So Raven where he played an entrepreneur. He also appeared in a 2005 episode of My Wife and Kids as Jay's reluctant professor. He was cast in the new sitcom Sherri, starring Sherri Shepherd and he will play her father.

Avery's wife Barbara, whom he married in 1988, is the Dean of Students at Occidental College in California. He has one stepson and two foster children.[1]

He is frequently mistaken for fellow actor Reginald VelJohnson and vice versa, a joke that was played out on episodes of VelJohnson's sitcom Family Matters as well as The Fresh Prince of Bel-Air.Template:Citation needed


Cite error: <ref> tags exist, but no <references/> tag was found
Retrieved from "https://voices.fandom.com/wiki/James_Avery_(actor)?oldid=3250"
Community content is available under CC-BY-SA unless otherwise noted.